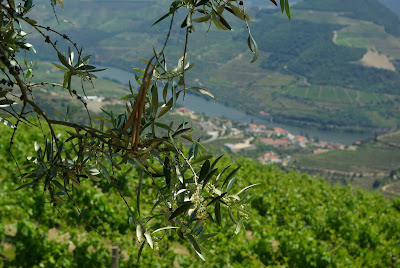 I wrote the last post over a month ago, just before setting off up the Douro for the weekend hash up there; and what a magnificen 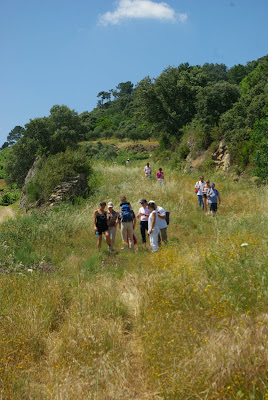 t weekend it was. Having driven through a thunderstorm on the way up, the advance guard arrived at the beautiful Quinta de la Rosa, just outside Pinhão, and awaited those who followed in the balmy early Summer evening. The weather was hinting at how good it would be over the following couple of days.

The next morning was spent around one or other of the pools, or mooching about the town, or seeking extra beer having realised how much would be needed, except for the hares, of course, who were off setting the hash, a process apparently somewhat slowed by Walkie-Talkie's timekeeping and fag breaks (I say 'apparently' because it is so hard to believe). 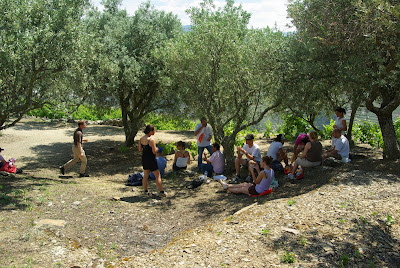 A gentle, picturesque walk from the village of Provosende back down to Pinhão preceded a fine and generous wine tasting and tour at the Quinta. It was noticeable how many more appeared for that part than the walk, although we were yet to see Big Stick. That point arrived at dinner, by which point he still had not checked into the pensão, prompting him instead to opt for the sofa in one of the Quinta's houses (and breakfast, it should be noted). The dinner was great value and the drinks then flowed freely beneath the vines at the Quinta until, one by one, people dropped by the wayside.

On Sunday we assembled, a nice large group, for the hash, only to discover that we needed to make a large detour to get to the start, at the end of which I, for one, was reeling with car queaziness. However, it wasn't a long hash, although interesting and attractive (and hot), weaving in and around Lamego. Down-downs were quite involved, with several virgins, some birthdays (including my 200th), a naming (Jo Thorpe becoming Pink Extender - thank you Little Voice) and the usual array of plonkers needing punishment. Another great bash followed to conclude a top weekend.
Posted by Porto Hash House Harriers at 00:11 No comments: